Based on the "Analytics" category.
Alternatively, view Fathom Analytics alternatives based on common mentions on social networks and blogs.

Scout APM is great for developers who want to find and fix performance issues in their applications. With Scout, we'll take care of the bugs so you can focus on building great things 🚀.
Promo scoutapm.com

Do you think we are missing an alternative of Fathom Analytics or a related project?

Fathom Lite is a previous and open-source version of Fathom Analytics (a paid, hosted Google Analytics alternative). It was the very first version of our software, and has been downloaded millions of times!

While we are no longer adding features to this Lite version, we will be continuing to maintain it long-term and fix any bugs that come up. Fathom Analytics is much more detailed, feature-rich, and even more focused on privacy-law compliance, than Fathom Lite.

If you’d like to become a customer of Fathom Analytics, and not have to worry about servers, maintenance, security, you can give our software a try with a 7-day free trial (this link will give you $10 credit). 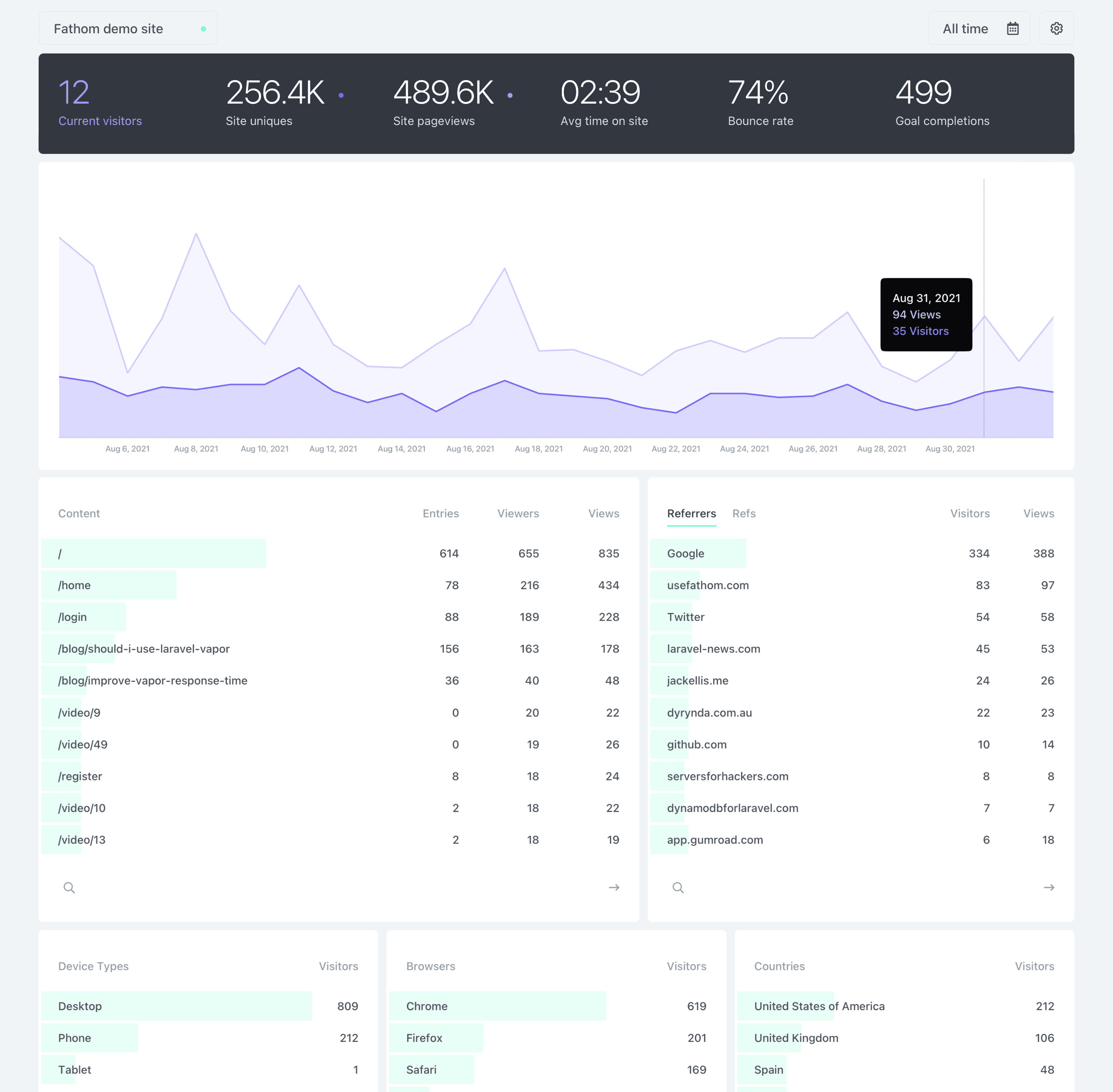 You can install Fathom on your server by following [our simple instructions](docs/Installation%20instructions.md).

For getting a development version of Fathom up & running, go through the following steps.

To start tracking, create a site in your Fathom dashboard and copy the tracking snippet to the website(s) you want to track.

If you use a Content Security Policy (CSP) to specify security policies for your website, Fathom requires the following CSP directives (replace yourfathom.com with the URL to your Fathom instance):


*Note that all licence references and agreements mentioned in the Fathom Analytics README section above are relevant to that project's source code only.