Up1 alternatives and similar software solutions

Based on the "Single-click/drag-n-drop upload" category.
Alternatively, view Up1 alternatives based on common mentions on social networks and blogs.

Quickly and easily build and deploy open source unikernels in tens of seconds. Deploy in any language to any cloud.
Promo github.com/nanovms

Do you think we are missing an alternative of Up1 or a related project? 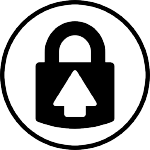 Up1: A Client-side Encrypted Image Host

Up1 is a simple host that client-side encrypts images, text, and other data, and stores them, with the server knowing nothing about the contents. It has the ability to view images, text with syntax highlighting, short videos, and arbitrary binaries as downloadables.

There was a public, free to use server at https://up1.ca.
This demo instance is no longer available or being maintained. However, there are several public hosts which use up1. An online search should turn up some results.

To install and run the server with default settings:

api_key is a very basic security measure, requiring any client making an upload to know this key. This doesn't seem very useful and should be revamped; replace it with HTTP auth maybe?

delete_key is a key used to secure the deletion keys. Set this to something that only the server knows.

maximum_file_size is the largest file, in bytes, that's allowed to be uploaded to the server. The default here is a decimal 50MB.

There are three additional sections in the configuration file: http, https and cloudflare-cache-invalidate. The first two are fairly self-explanitory (and at least one must be enabled).

cloudflare-cache-invalidate is disabled by default and only useful if you choose to run the Up1 server behind Cloudflare. When this section is enabled, it ensures that when an upload is deleted, Cloudflare doesn't hold on to copies of the upload on its edge servers by sending an API call to invalidate it.

For the web application configuration, a config.js.example file is provided. Make sure the api_key here matches the one in server.conf.

Currently, there are two external programs adapted to work with Up1: ShareX (relevant code), and upclient.

ShareX is a popular screenshot tool which supports tons of upload services, not just for images but also for text, video, documents, etc. ShareX includes a service which can send files to any Up1 server. It uses .NET BouncyCastle for the crypto.

Upclient is a CLI tool which can send files or data to Up1 servers either via unix pipe (ps aux | up), or via argument (up image.png), and returns a URL to the uploaded file on stdout. It runs on nodejs and uses SJCL for the crypto.

Before an image is uploaded, a "seed" is generated. This seed can be of any length (because really, the server will never be able to tell), but has a length of 25 characters by default. The seed is then run through SHA512, giving the AES key in bytes 0-256, the CCM IV in bytes 256-384, and the server's file identifier in bytes 384-512. Using this output, the image data is then encrypted using said AES key and IV using SJCL's AES-CCM methods, and sent to the server with an identifier. Within the encryption, there is also a prepended JSON object that contains metadata (currently just the filename and mime-type). The (decrypted) blob format starts with 2 bytes denoting the JSON character length, the JSON data itself, and then the file data at the end.

Image deletion functionality is also available. When an image is uploaded, a delete token is returned. Sending this delete token back to the server will delete the image. On the server side, HMAC-SHA256(static_delete_key, identifier) is used, where the key is a secret on the server.

The browser-side is written in plain Javascript using SJCL for the AES-CCM encryption, with entropy obtained using the WebCrypto APIs and encryption performed within a Web Worker. The video and audio players just use the HTML5 players hopefully built into the browser. The paste viewer uses highlight.js for the syntax highlighting and line numbers.

The server-side is written in Node, although we also have a Go server which uses no dependencies outside of the standard library. The only cryptography it uses is for generating deletion keys, using HMAC and SHA256 in the built-in crypto/hmac and crypto/sha256 packages, respectively.

Any contributions, whether to our existing code or as separate applications, are very welcome!

We don't ask for any CLAs - you don't have to give up copyright on your code - however we prefer that you contribute under the MIT license, just for consistency.

If you find serious security issues, please email us at [email protected].

Some of us idle on irc.freenode.net in the #upload channel, if you would like to chat!

Thank you for you contributions!

The Up1 server and browser code are both licensed under MIT.


*Note that all licence references and agreements mentioned in the Up1 README section above are relevant to that project's source code only.